Showing posts from August, 2007
Show all 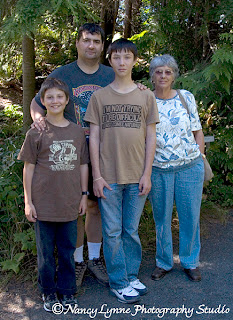 Eric's Aunt Denise came over from the valley yesterday for a visit. So I played hooky, and we all went to lunch - had a fresh albacore tuna sandwich - and then a visit to the Oregon Coast Aquarium. Here are some of the things we saw there... Eric and his kinfolk... Sunbeams in the Passages of the Deep exhibit... Me, reflected in a shot of a ray, also in Passages of the Deep... Crustaceans... Mollusks... This is the underside of a large anemone This is a tiny little octupus And this is the underside of a limpet. We saw tufted puffins... One of which was having a vigorous bath... We saw dancing sea stars... And some faces only a mother could love. Another busy week here at the studio! Yay!
1 comment
Read more

August 23, 2007
Help control the pet population; have your pet spayed or neutered. Donnie got fixed today. He actually got more than that, because he had an abscess on the side of his face as well. So he had some surgery on both ends. Poor guy. A few days indoors on antibiotics will have him all fixed up. The vet said he is only about a year to a year and a half old. I guess he picked the right home to adopt. :) I've always been a big advocate of spaying and neutering. I hate that the pet populations are so out of control... along with the human population. But that's another rant. Freckles was rescued from some hillbilly who liked to just let his dog breed willy nilly, and then whatever puppies he couldn't give away would be drowned in the river in a burlap bag. That just makes my stomach twitch. Lucky for us, she was saved. And spayed. Please do this small thing for your sweet, adoring, love-you-unconditionally furbaby. They deserve it. Ok, off my soapbox now. :) Have a great weeken
Post a Comment
Read more 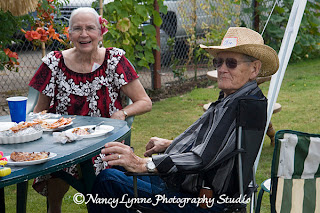 We had a wonderful time at our piratical party last weekend. If you didn't make it, you really missed a great time. Neener neener. We had neighbors... And friends... And a very piratical-looking bartender/grill-boy. He did a wonderful job on the grub & grog. We are going to try to make this an annual event. So watch for your invitation next summer, and make it a point to be there!! Meanwhile, someone decided to dress Simon up a bit with a Harley Davidson neck rag. It looks rather festive. But he's not impressed. Toledo's Boat Show is coming up this weekend, I'll be there both days, serving chow for the Chamber . Hope to see you there!!
Post a Comment
Read more 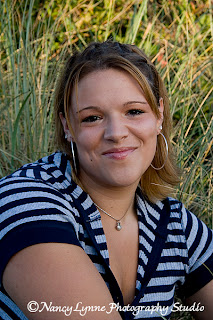 I get to shoot some awesome senior portraits. Like these from the last week. Both of these lovely young ladies have become Student Representatives for the studio. I am thrilled to have them on board. And I'm really looking forward to showing them their proofs. Yay!
Post a Comment
Read more 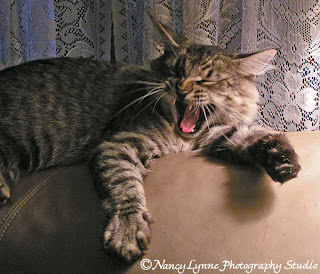 He looks like he's just heard the funniest joke in the world... Hardly looks like the same cat as this pic from last year... He is sporting his summer coat now and looks very sleek and slender. We've gotten Freckles to fetch her toys from the bottom of the pool a few times, and she really seems to enjoy it. She does not, however, enjoy getting water in her ears. If I'm standing too close when she's in the pool, I get a good soaking too. She is getting in the pool without assistance now, and Eric climbed in there with her last night and gave her a quick bath. Another busy weekend coming up! Yay!
Post a Comment
Read more
More posts